At the close of the opening session of the 7th Islamic Conference of Environment Ministers: KSA Award for Environmental Management in Islamic World presented to winners

At the close of the opening session of the 7th Islamic Conference of Environment Ministers, this morning at ISESCO headquarters in Rabat, the USD 280,000 worth Kingdom of Saudi Arabia Award for Environmental Management in Islamic World, was presented to the winners in its four categories.

In the second category, dedicated to Governmental Bodies, the Public Health Pest Control Section of the Public Health Services Department, Dubai Municipality, won the first prize, while the second went to the ECOLOO GREENTECH MALAYSIA SDN BHD of Malaysia, and the third to Saudi Aramco of the Kingdom of Saudi Arabia.

Under the third category, devoted to the Private Sector, the first prize went to the Agriculture Department of Saleh Al Rajhi Endowments Management in the Kingdom of Saudi Arabia, while the International Institute of Islamic Research and Development, Gombe State University, Nigeria, and the Gulf Petrochemical Industries Company (GPIC) in the Kingdom of Bahrain won the second and third prizes respectively.

Dedicated to NGOs, the fourth category saw the victory of five winners, namely the Royal Society for the Conservation of Nature in the Hashemite Kingdom of Jordan, and the Union pour la Solidarité et le Développement (U.S.D) of the Republic of Guinea Conakry, which won the first prize ex aequo ; followed by the Kuwait Water Association (KWA) with the second prize; and the Environmental Education Center from the State of Palestine and the Medenine Association for Development and Strategic Studies of the Republic of Tunisa, which jointly won the third prize.

For the record, the biennial KSA Award for Environmental Management in the Islamic World is supervised by the General Authority of Meteorology and Environmental Protection of the Kingdom of Saudi Arabia, while ISESCO is entrusted with its General Secretariat. The Award is aimed to consolidate the broad concept of environmental management in the Islamic world, disseminate the principles and methods of sound environmental governance, stimulate Islamic countries’ interest in the concept of sustainable development, encourage scientific research and directing it to take interest in environmental management and its applications, and mobilize efforts to come up with innovative scientific and practical solutions to current and future environmental problems and contribute to the efforts aimed at improving the lives of Muslim peoples and ensuring the right to a clean environment for all Muslim generations. 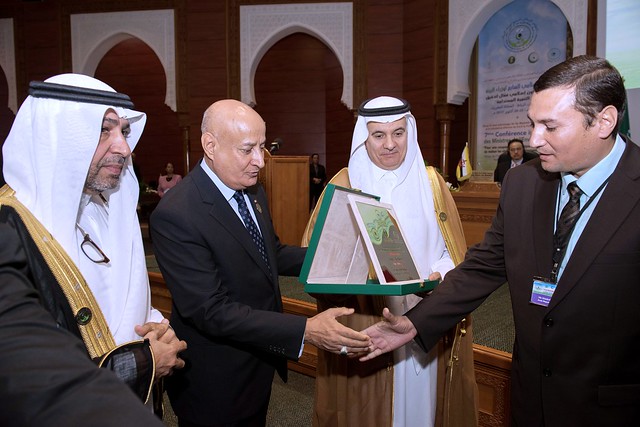